Role: Creative Direction and UI Design
Agency: Capgemini Invent
Media: Website UI/UX including Design
Subaru - The Connected Car
New innovations in the area of the connected car are constant. Technology advancement in the automotive industry is not just a single focus on the adaptation of autonomous vehicles. But rather what will the driving experience be like once we get that point. Safety, entertainment and utility/usefulness are but a few areas that are also part of this constant revolution. When it comes to internet connected cars, either direct internet connections via vehicle dashboard type apps, that provide real-time vehicle management or advanced integrated car sensors that can collect and deliver data to any combination of human-car interactive systems, owner smartphones or dealership and manufactures. The innovation possibilities would appear to be limitless as long as the owner finds them useful. 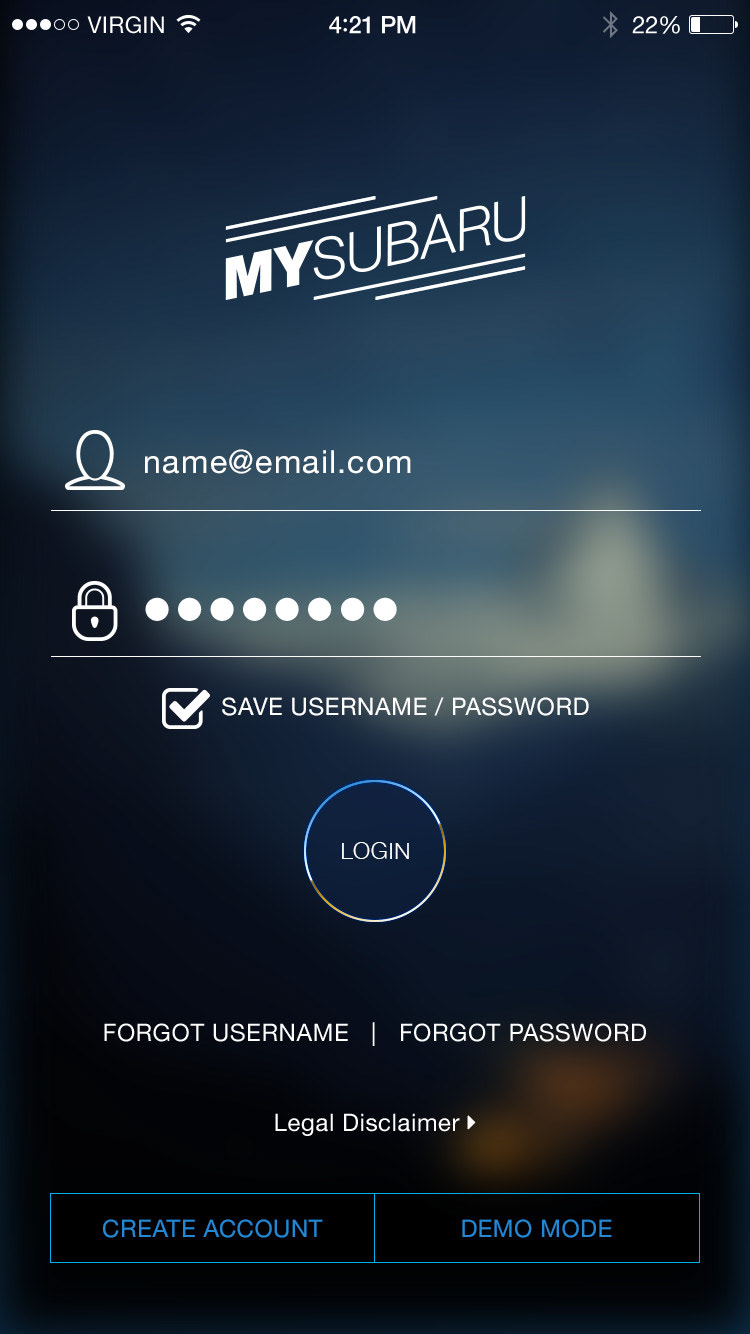 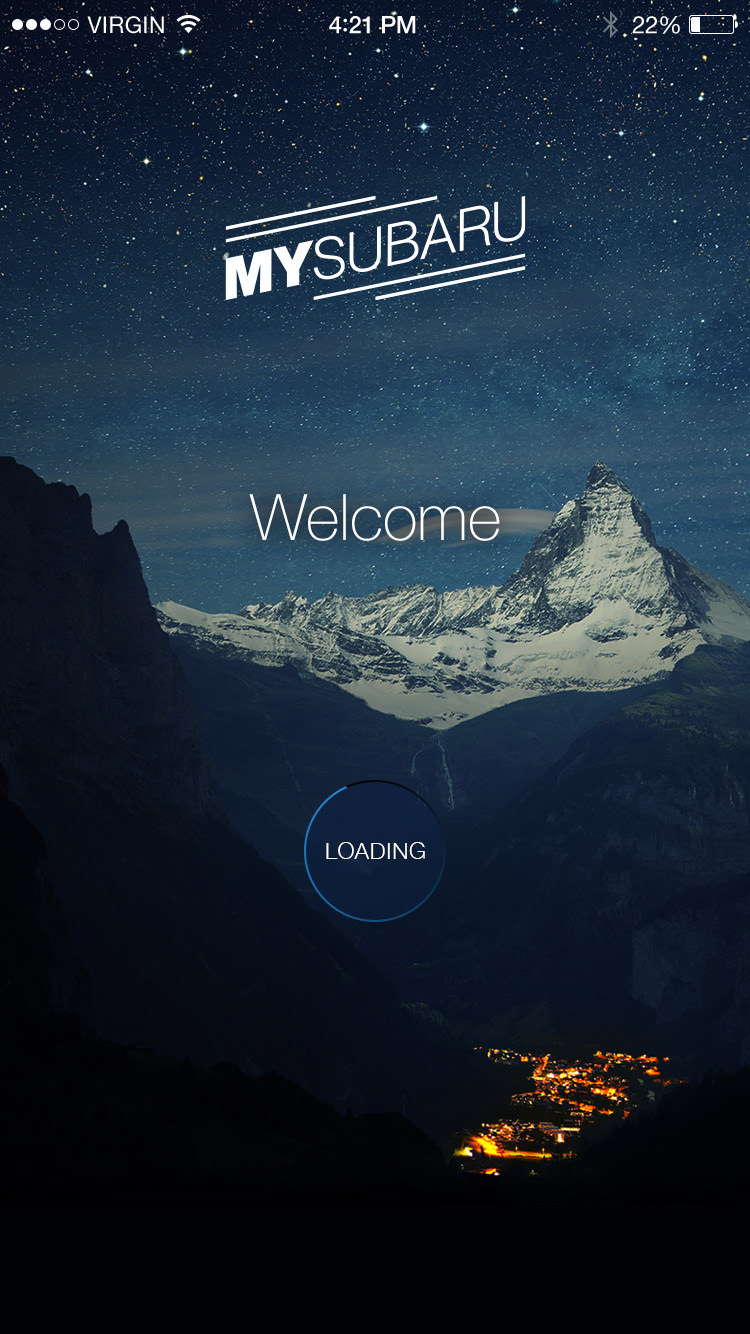 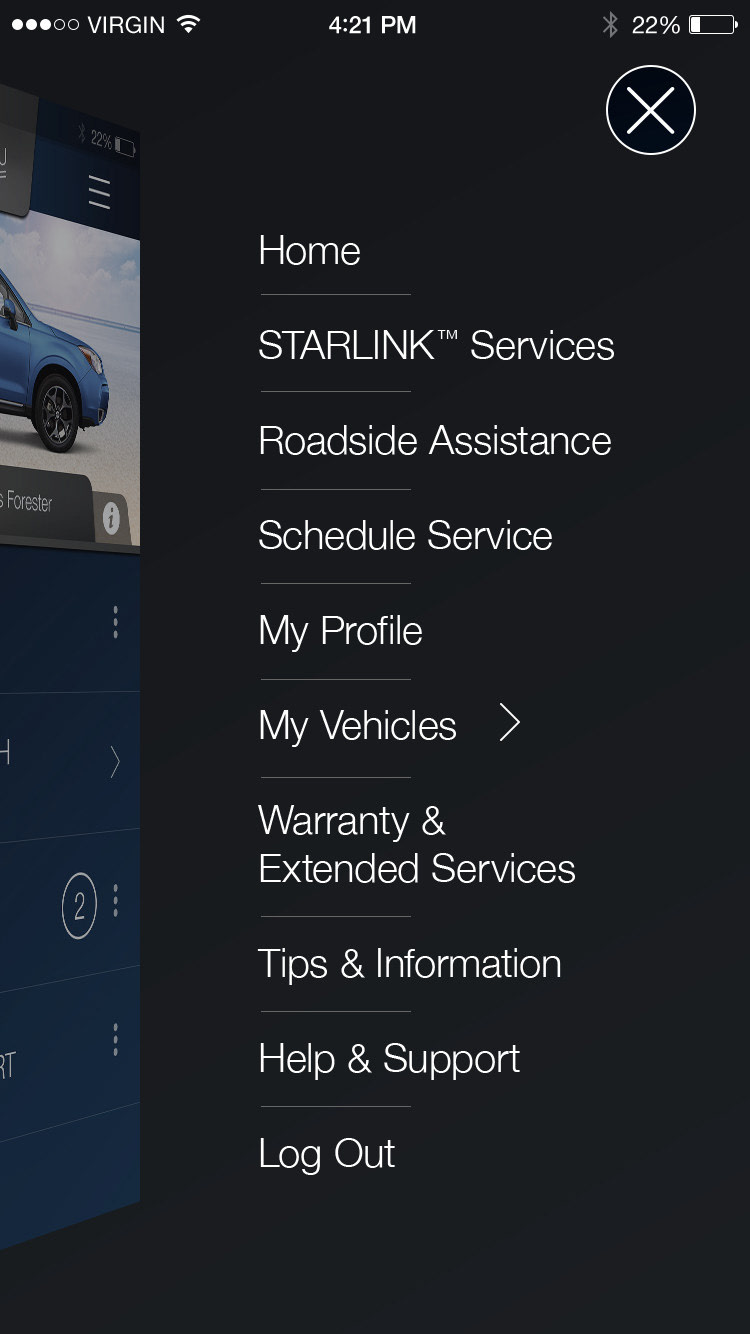 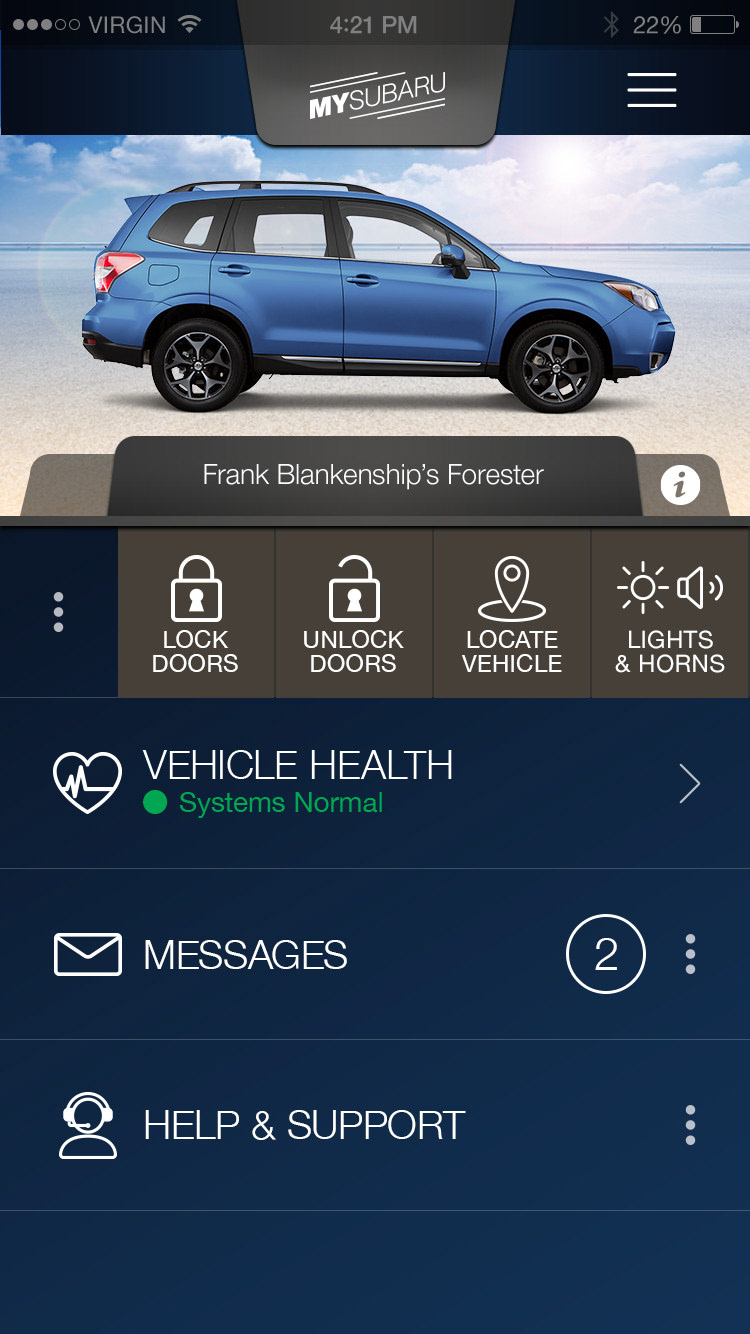 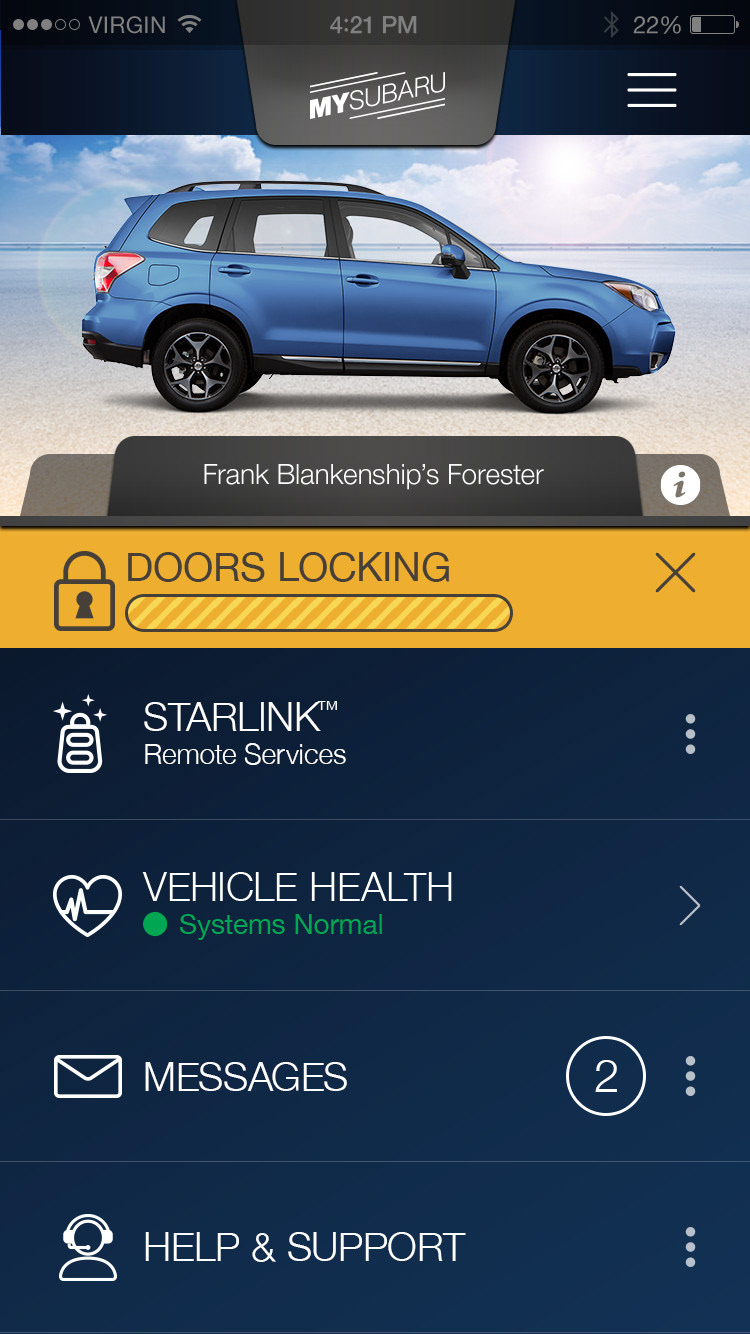 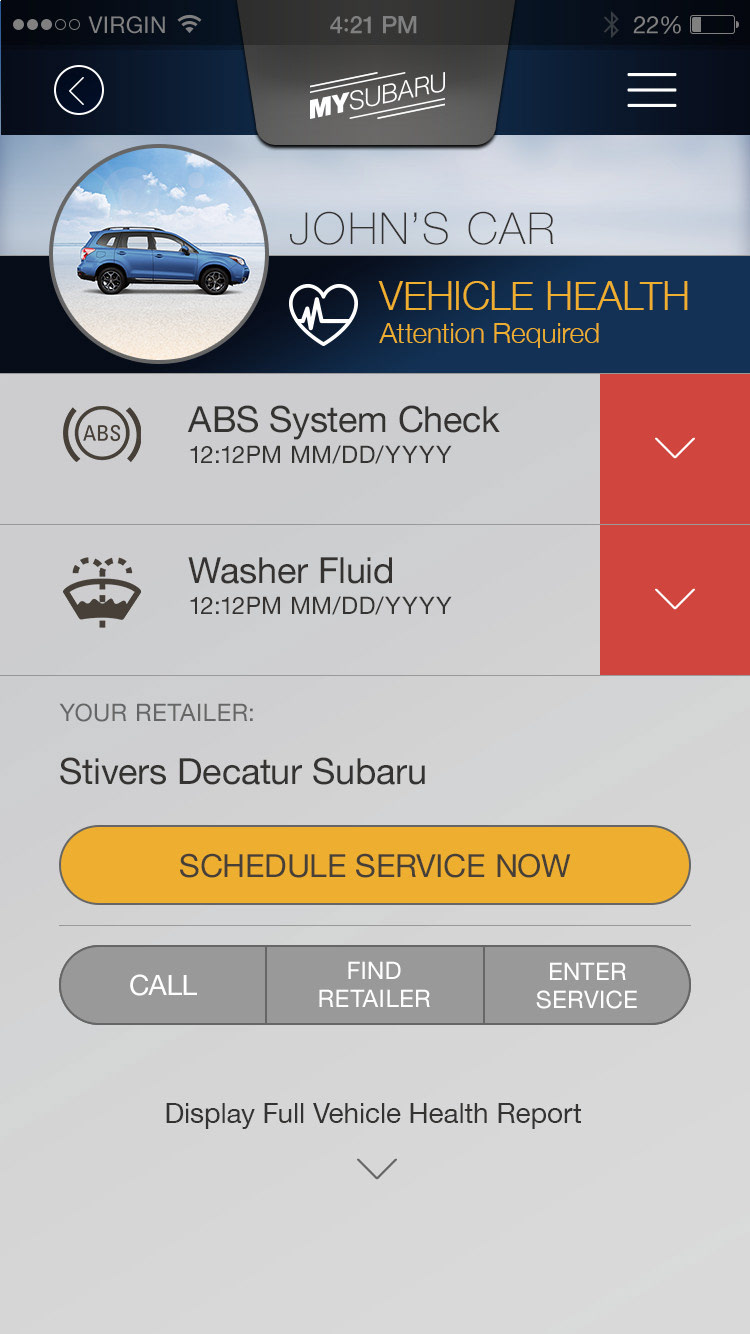 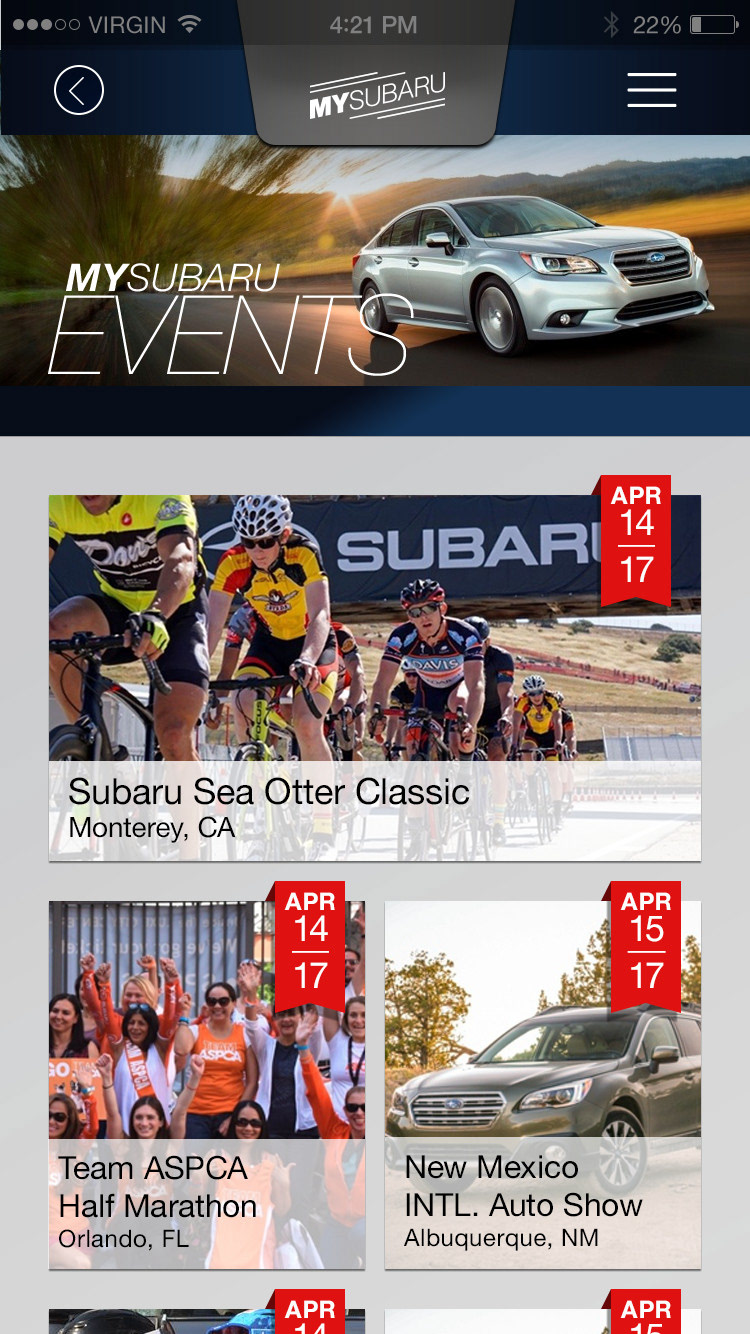 App Design Concept: Inspired the dark night sky. The term “Subaru” is also the Japanese name for a cluster of stars in the Taurus constellation, known to many by the name “Pleiades.” These stars are also known as Messier 45 or “The Seven Sisters,” because according to Greek mythology, they were once Atlas’ daughters: Alcyone, Asterope, Merope, Maia, Taygeta, Celaeno, and Electra. 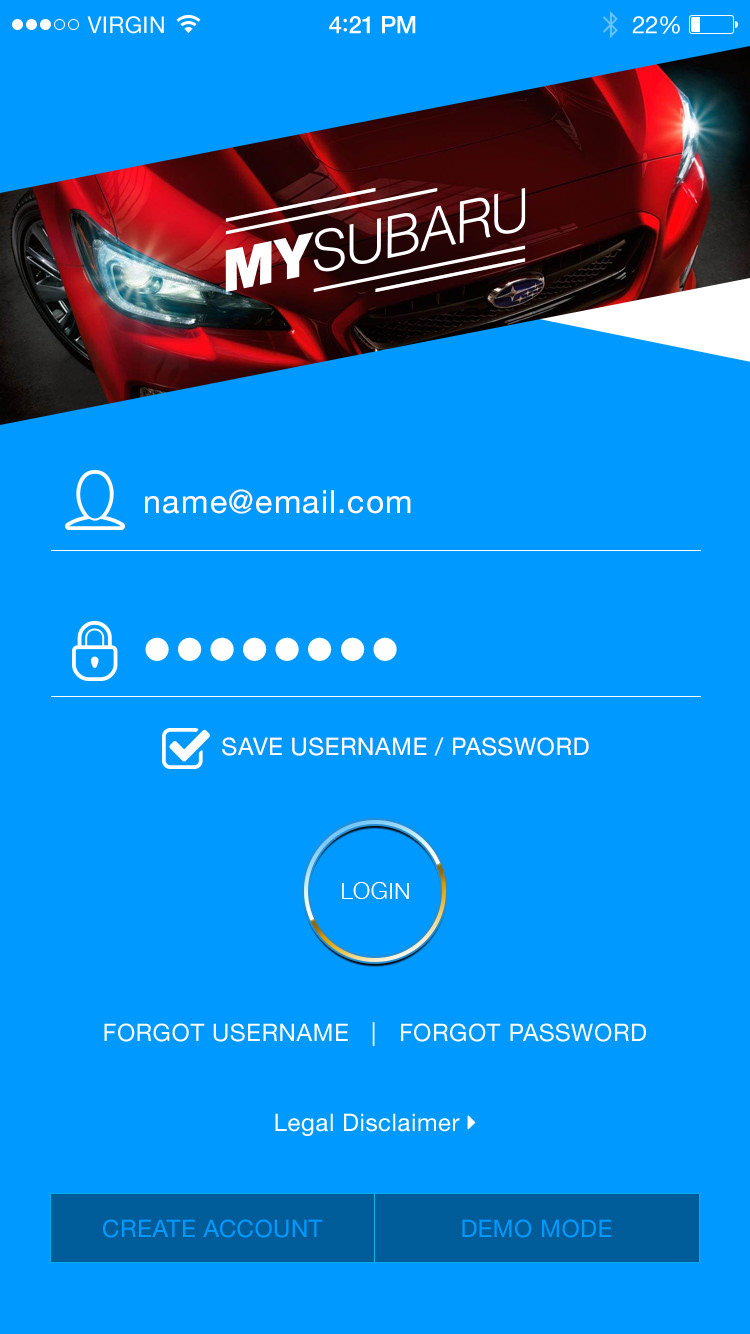 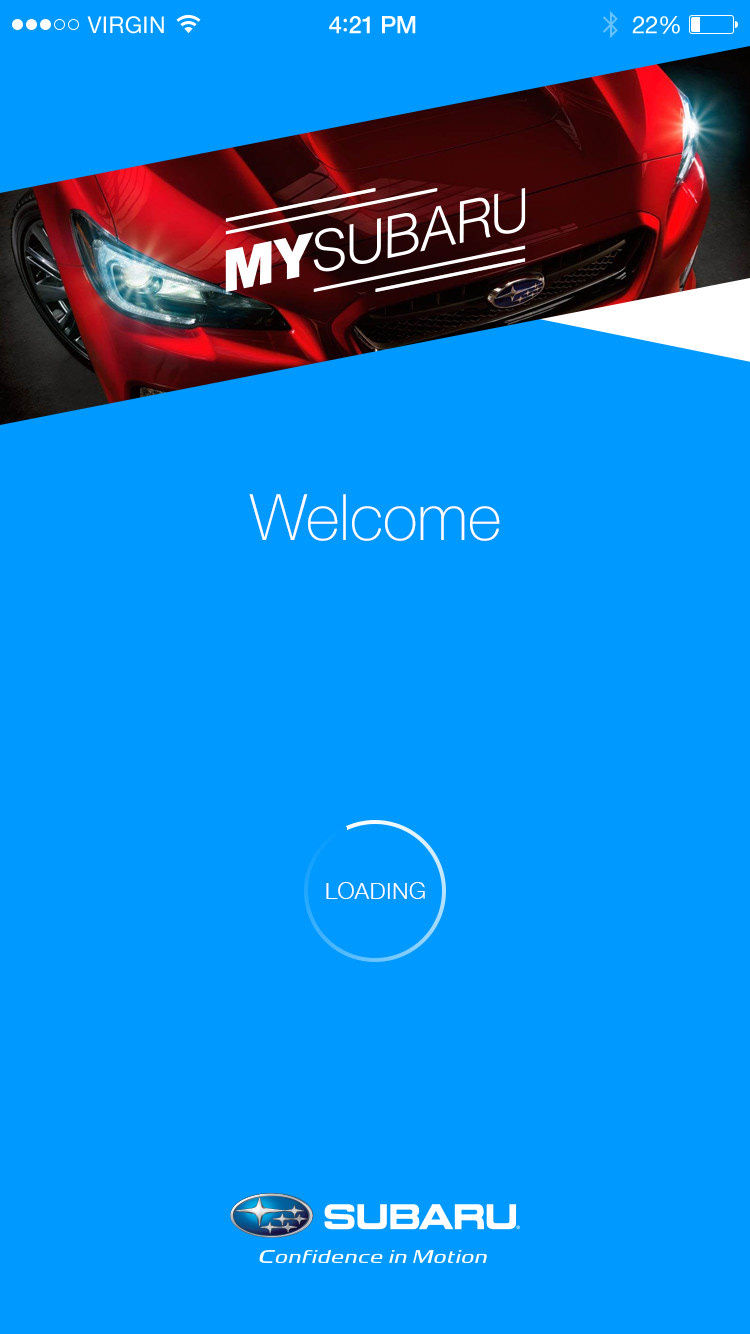 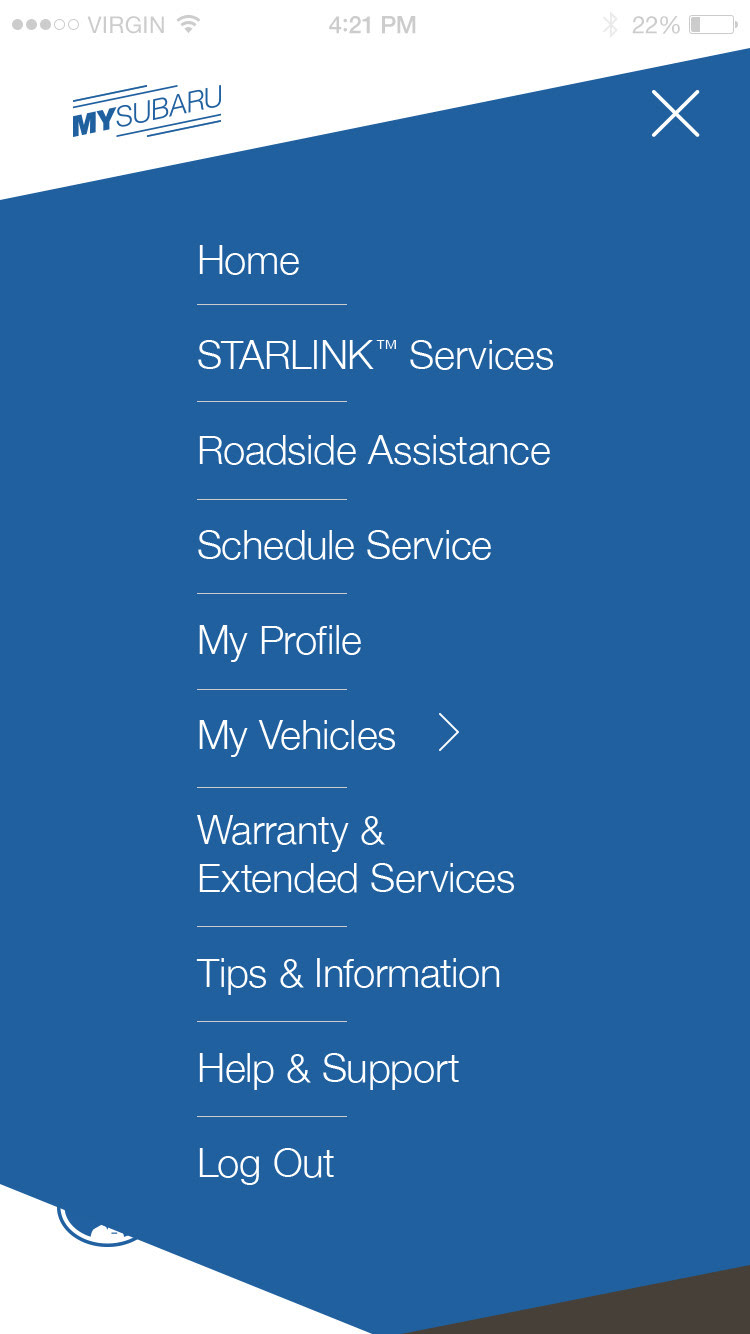 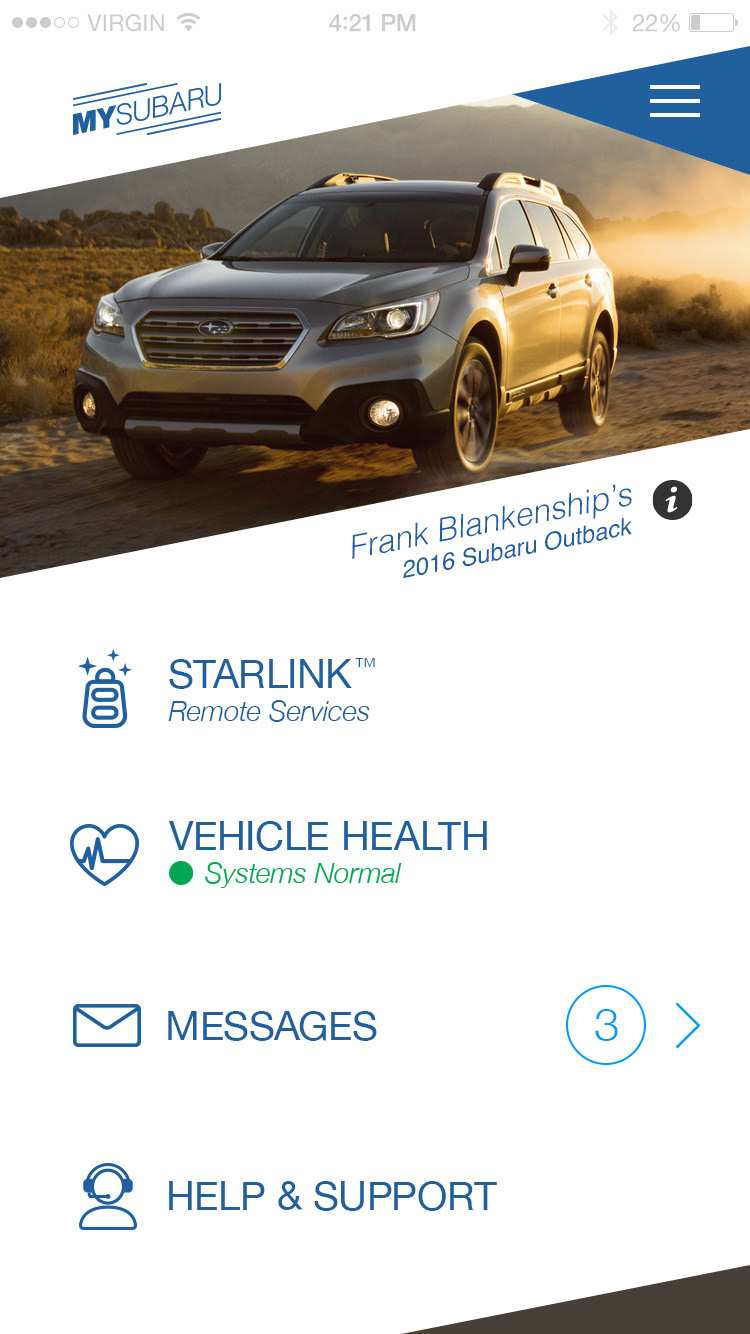 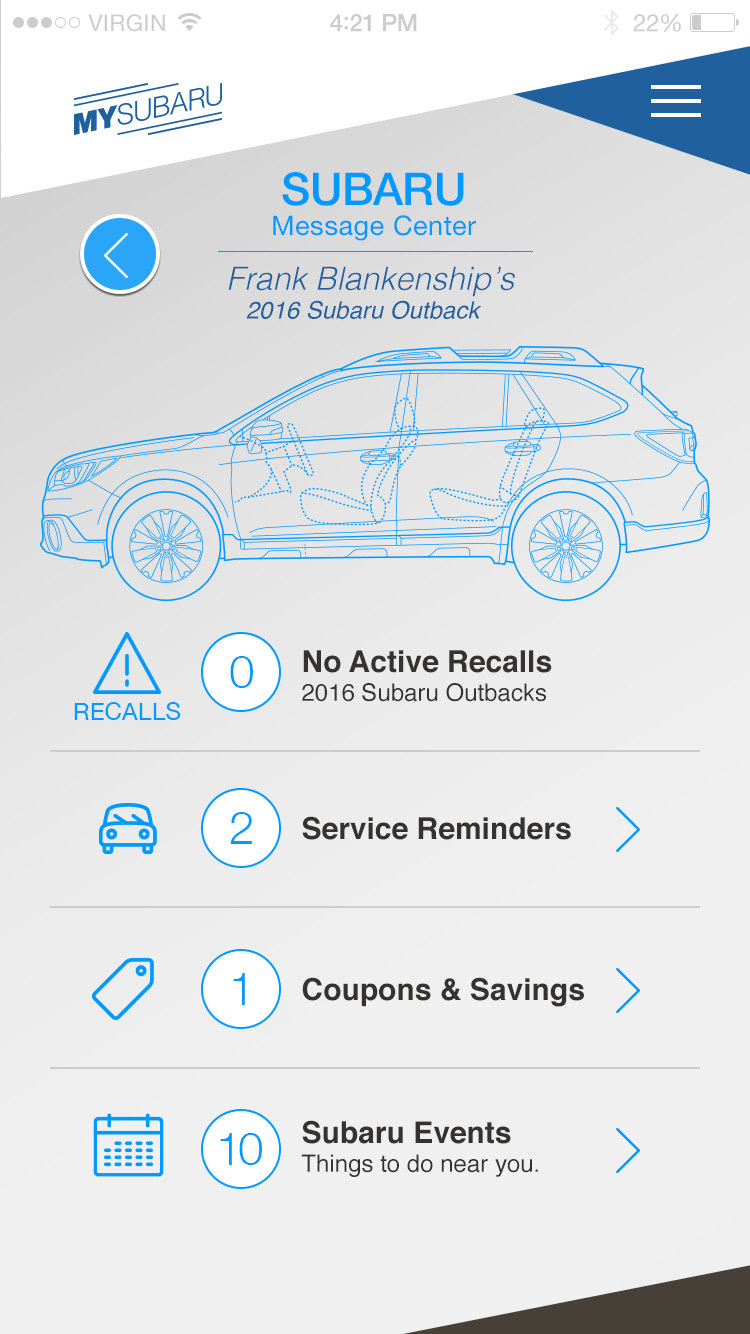 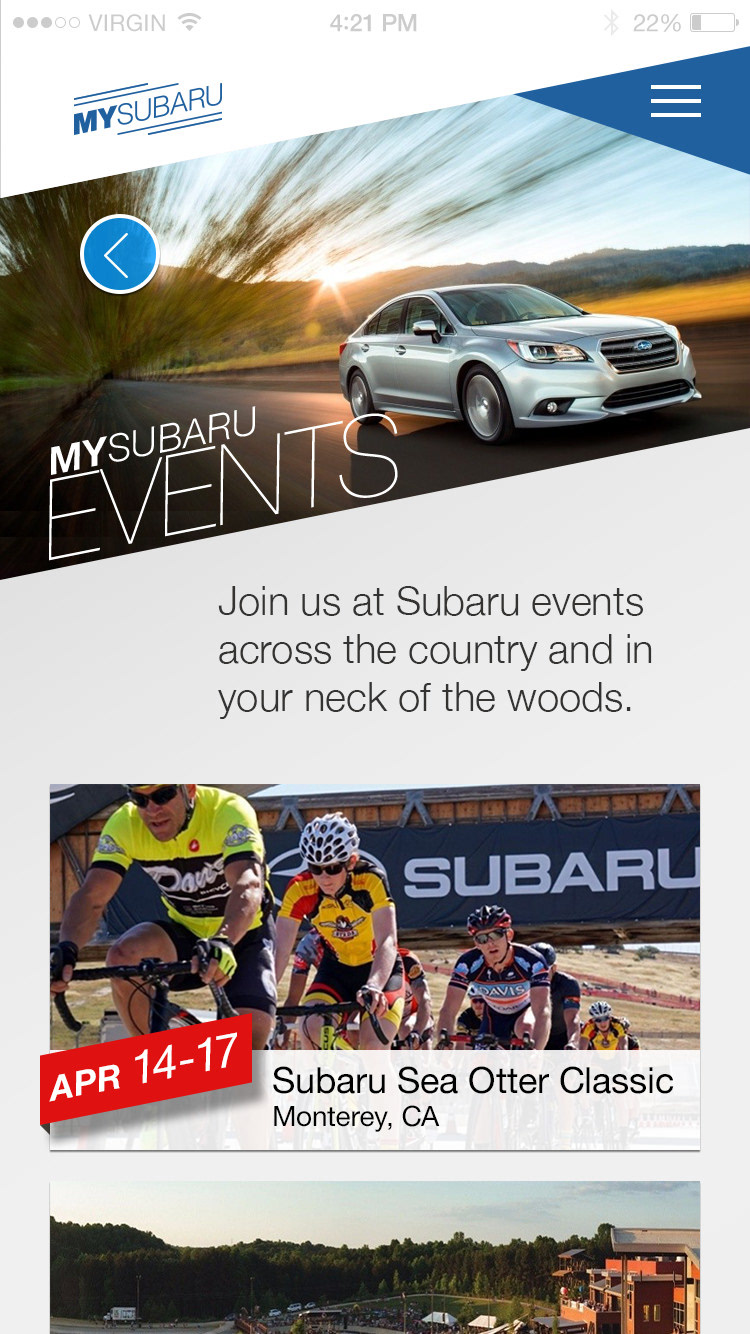 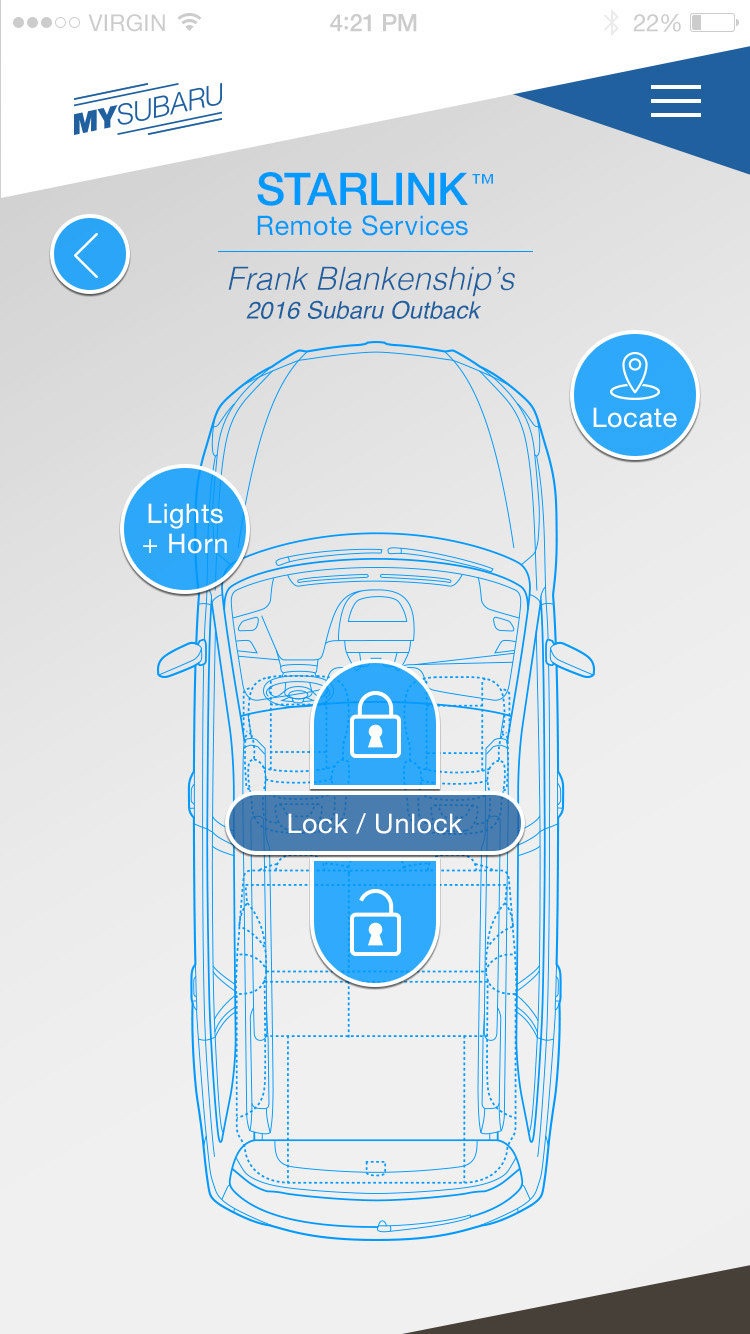 App Design Concept: Inspired by Subaru's performance and advanced technology. That's not the first thing you think of when you think of Subaru. Most of us are familiar with the iconic branded commercials. But, the owners of a Subaru understand what "Confidence and Motion" are referring too.
MySubaru - Customer Portal
Regardless of the trim level, level of technology integration or age of a Subaru, the Customer Portal is Subaru Retailers (dealership) direct connection between itself and each Subaru owner. The re-designed portal allows owners and Subaru retailers to communicate through either a desktop experience or integration into the MySubaru app. Non-connected Subaru owners are able to enjoy a base level peak into the connected experience. These owners have access to online/app vehicle information, maintenance records and scheduling, sales & loyalty events and any useful functionality not associated with integrated car sensor systems. Owners that do have advanced connected car experience are able to enjoy all that and more. Like managing subscription services like Starlink and other infotainment accounts and features. 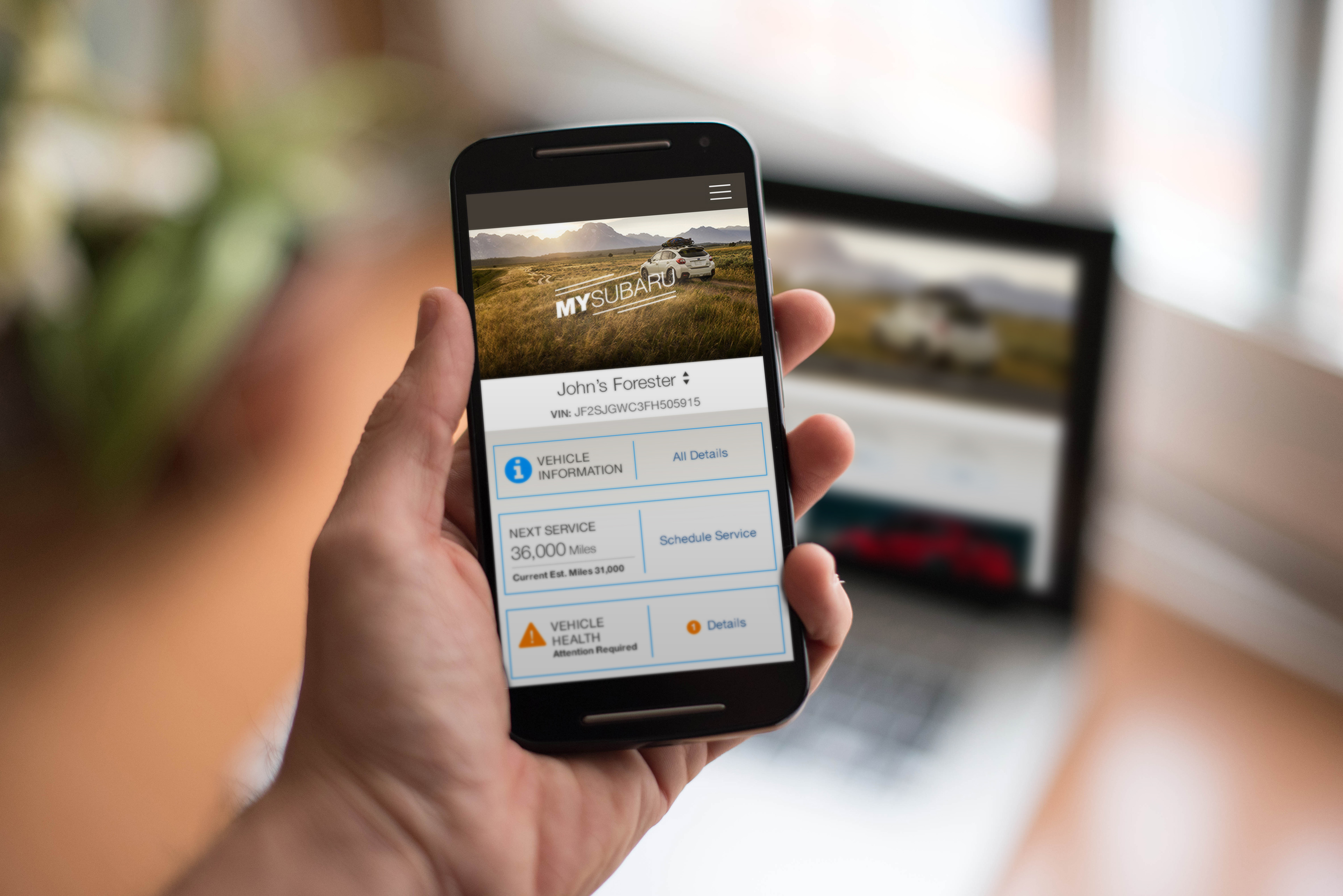 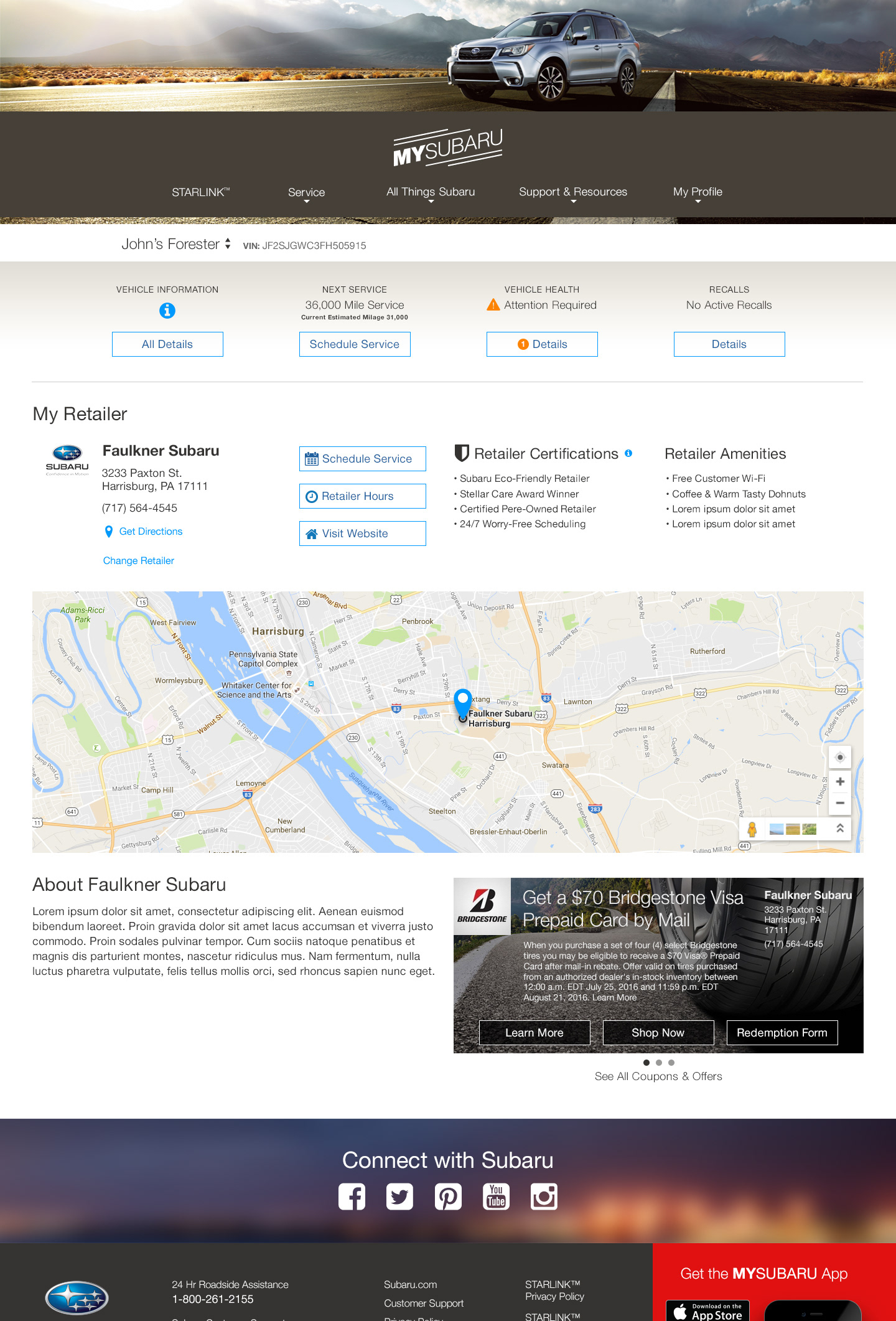